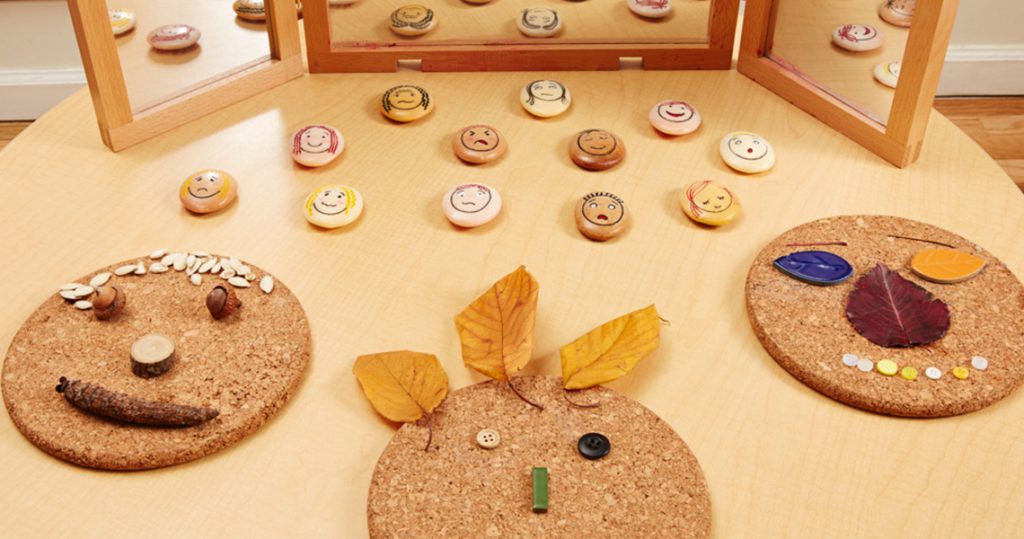 Our integrated approach specifically engages the child in lively and creative activities to enhance developmentally appropriate skills in a foreign language.

Classes are activity-based, full language immersion classes that will engage students in a circle of interesting and age-appropriate activities and experiments. Instruction is experiential and hands on with a focus on children’s individual needs and interests. We help children to recognize and do their personal best to grow as happy learners.

At LLS children are encouraged to speak French or Italian through captivating workshops designed to both educate and entertain. All of our classes are designed to allow children’s hands, minds and emotions to be active in a safe and supportive environment. At LLS, it is our goal to help lay a foundation for the long term appreciation of learning a foreign language, revealing the rich cultural and linguistic wonders that French and Italian have to offer.

We aim to to serve any family that values the importance of foreign languages and intercultural understanding, to foster enthusiasm for learning a second or third language, and to support parents who wish to raise their children with more than one native language, in order to maintain and strengthen a multicultural identity and heritage.

At LLS children enable to develop their potential and skills to the fullest extent, while allowing them to do so at an individual pace.

The Language and Laughter Studio is a place not only for our children to participate and enjoy language and culture, but a place for us to come together as a community and bring to life the heritage of our extended cultures. Learning language is not just about speaking, but about connecting to the cultures and traditions they come from. 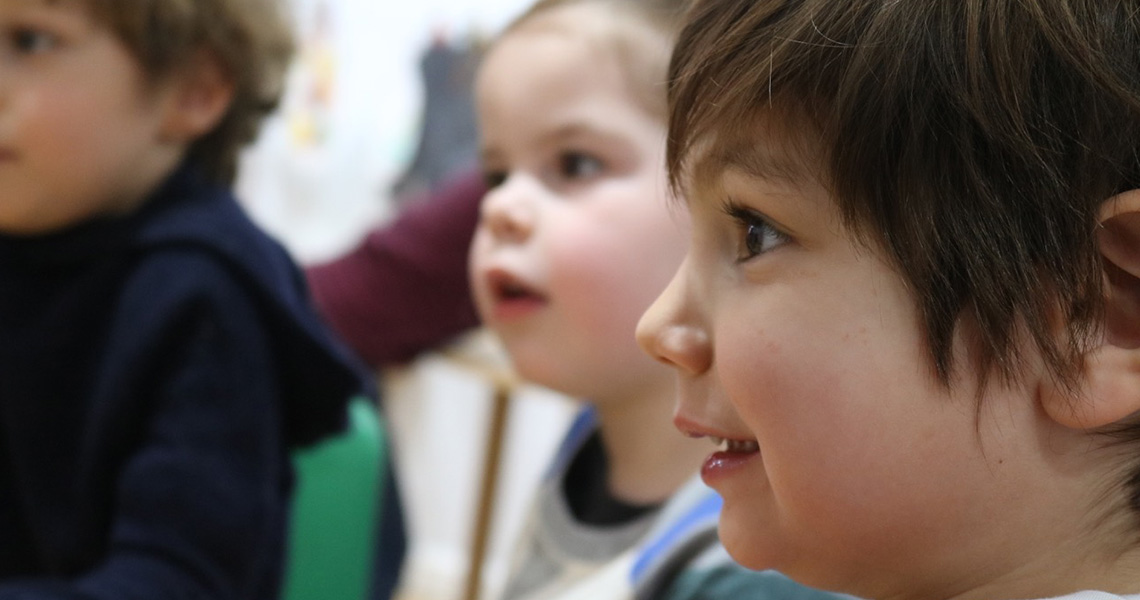 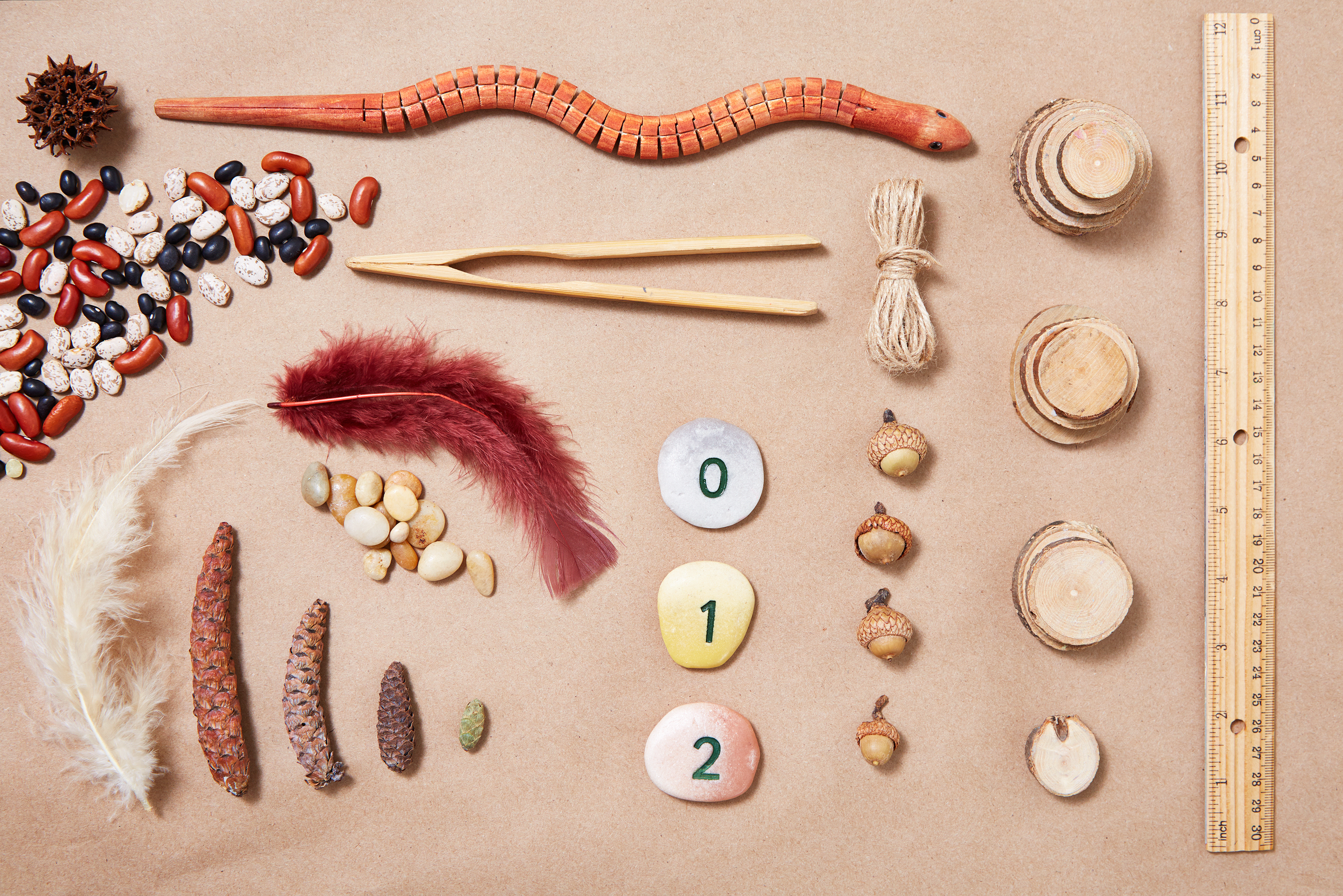 Instruction is experiential and hands on with a focus on children’s individual needs and interests.

All of our teachers at LLS are native speakers and specialized in their field. Students learn from caring and supportive early childhood educators who possess strong backgrounds in the arts. We collaborate with professional and brilliant early childhood educators, composers, musicians, and artists dedicated to create unique programs designed to stimulate inquiry-based learning, concept formation and creativity.

Pascale Setbon, founder of LLS, believes that children learn by making sense of their world and their experiences. She has seen that children learn best through first hand experiences with people and materials. With a deep belief in the remarkable capabilities of each child, the dedicated teachers encourage the children to hear, understand and speak a second or a third language with joy and pride. 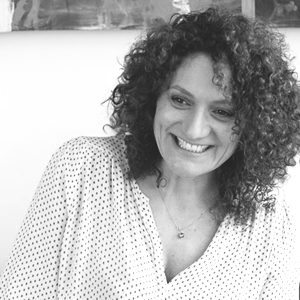 Paris-transplant Pascale Setbon is a veteran early-childhood educator  focused on immersive and progressive multilingual and multicultural  education. In 2006, she founded Language and Laughter Studio (LLS), a  French immersion preschool program and language center in Brooklyn  whose mission is to nurture critical thinking, kindness and humanity, as well  as develop practical tools for tomorrow’s world citizens. Prior to creating  LLS, Pascale founded a French language program for public school  students in the East Village, she developed new teaching strategies at the  French Institute Alliance Française, and in 2004 started a French track  program at the International School of Brooklyn, a premier K-8 institution  for multilingual education. With a highly creative, self-determined, and  forward-thinking philosophy, Pascale has guided a generation of children,  families, and educators to the next stages of their educational careers.

As a mother of two American-raised children, Pascale wanted to offer her  children critical perspectives on the world and dedicated significant time  to unraveling the underlying truths behind the promises of American  freedom and equality. Since 2018, she has served as a founding member  of Whiteness and Racial Equity (WaRE), started by Brooklyn Friends School  families, which works to deepen understanding of White racial identity,  privilege, and bias, as well as their historical and contemporary effects, as  a prerequisite to taking wise anti-racist action in solidarity with, and  accountability to, people of color. She has a Masters degree in business  administration and management from Paris Sorbonne. Pascale Setbon has been conferred upon the insignia of the Orders of the Palmes Académiques on May 17, 2022 by the French Government. 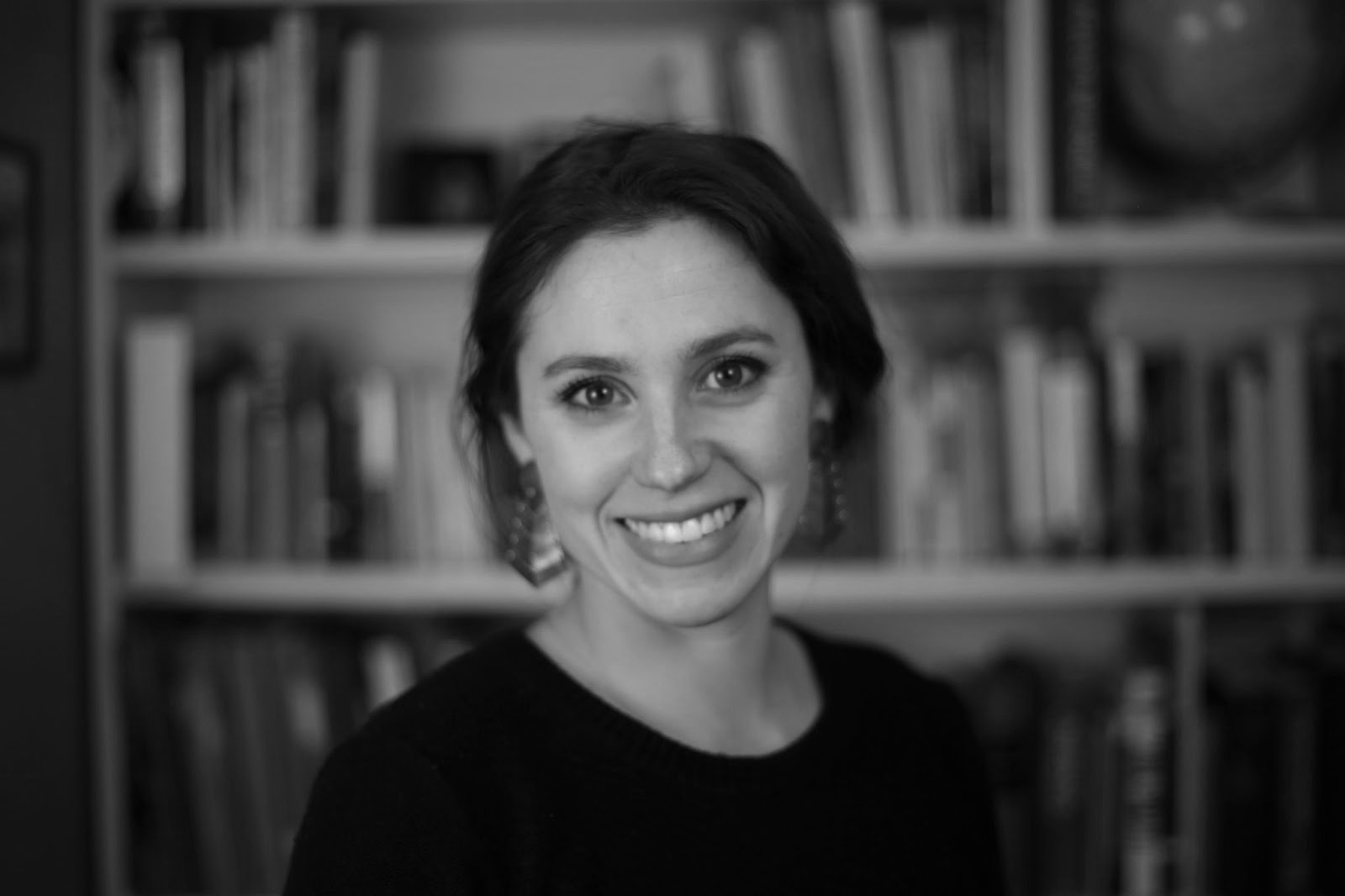 Clara  has over nine years experience teaching children ages two through five in both private and public schools throughout New York City. She holds a BA in English Literature from Colorado College and a Masters of Education from Bank Street College.

She has worked in schools with a range of educational philosophies and is most inspired by a constructivist approach to learning. She wants children to be hands on, making messes, learning by doing, and empowered by a supportive community of teachers and peers. She believes that children’s  first school should feel like a secondary home, where they can bring their whole-selves and build a strong sense of themselves as confident and unique learners. She is committed to helping young children develop emotional literacy and empathy, and to understand the power of their actions and words.

In her 20s, she spent significant time living in Italy where she studied Italian language and literature. She loved the process of learning language through immersion and is thrilled to help give that experience to children at LLS.  She lives in South Slope with her husband and their two young children. She loves to watch her children play, practice yoga, and spend time with her family in Vermont. 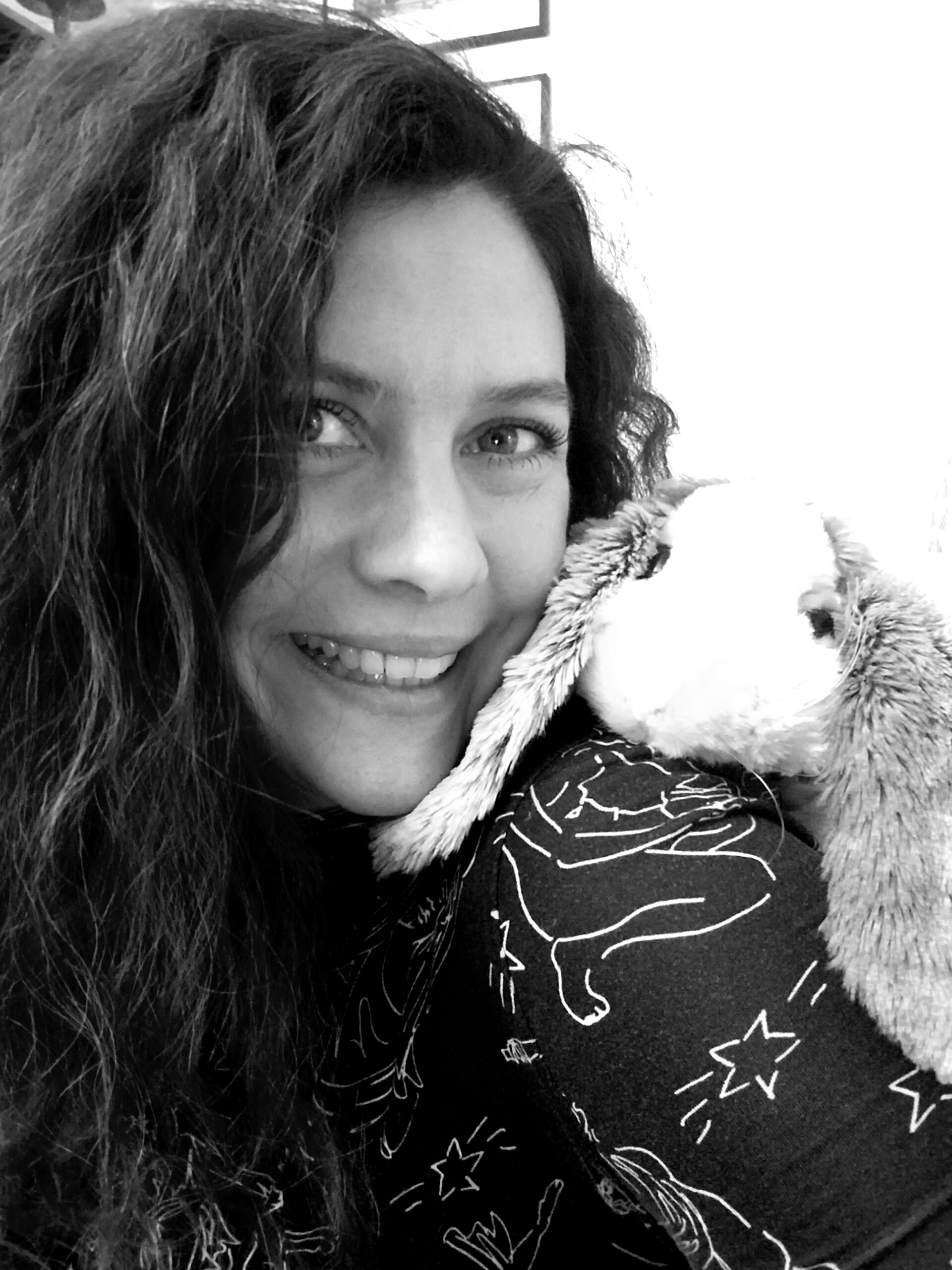 Laure, arrived in New York City during the summer 2019 after living in France, Australia and Hong Kong. She is a trained psychologist who received her Master’s in Psychology with high honors from University of Paris X. Laure has worked with teens, adults and children, some of them with disabilities. After backpacking for a year in Australia and the surrounding area, she arrived in Hong Kong, where she had kids and founded her own counseling company focusing on perinatology and helping children overall. Very interested in neuroscience, child development, and deafness, Laure also started classes to become a trained FSL teacher (DAEFLE). She is particularly enthusiastic about teaching young children, and she is passionate about teaching children in a way that does not impose anything on them but, rather, that creates an environment that allows them to freely express and explore their own perspectives. 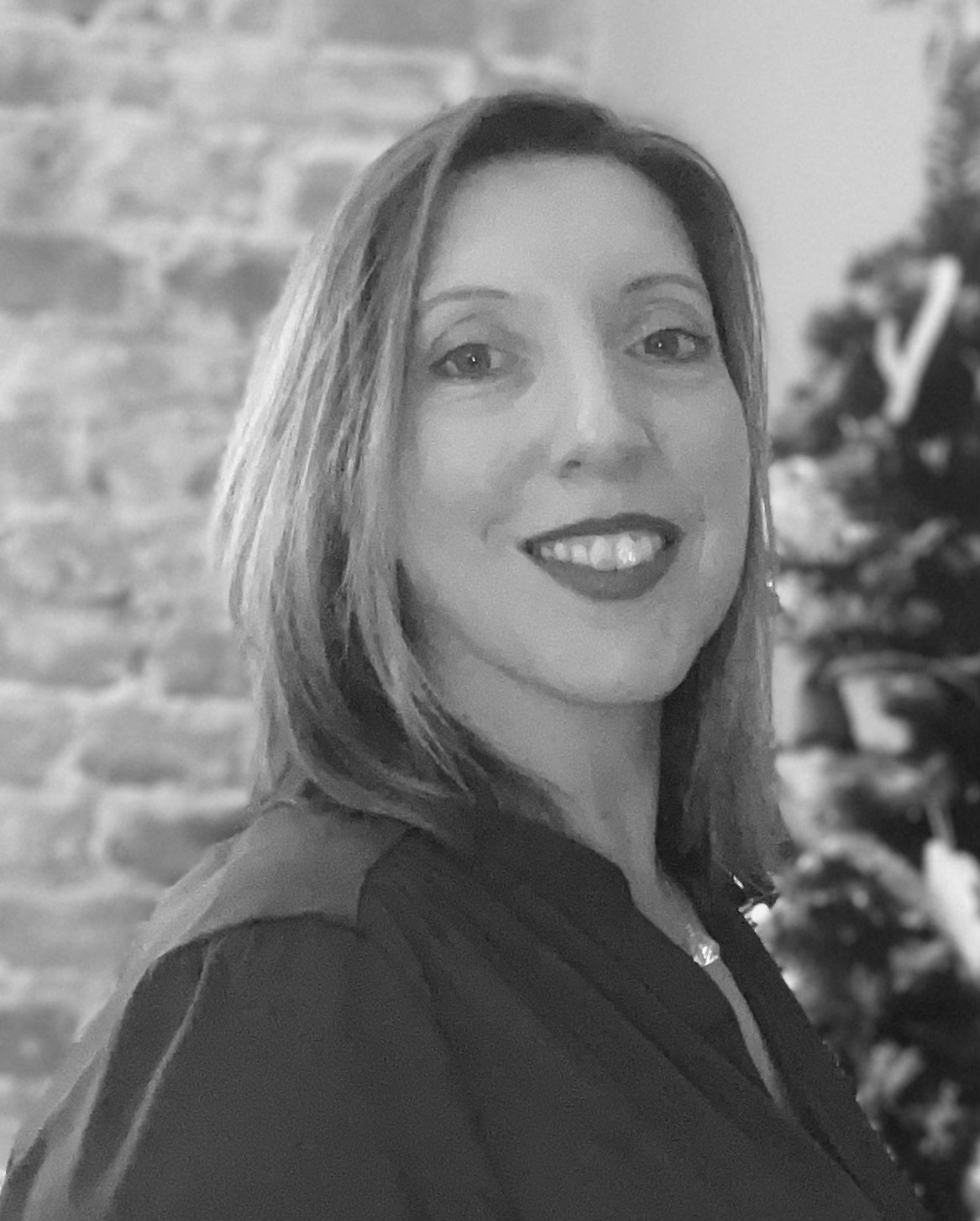 Sandrine arrived to New York three years ago. She chose Brooklyn as her new home for her family, including two bilingual daughters who are boith enrolled in DLP programs. She received her Master’s degree in Psychology in Paris, after which she spent fifteen years working as a therapist with children and their families. As a therapist, she specialized in working with multicultural families and focused on bilingualism and expatriation. She has been working for the past three years as a lead teacher in a preschool program and after school program for French speaking children. She loves spending time with her family, cooking, and the arts. Her passion for teaching young children is huge asset to LLS! 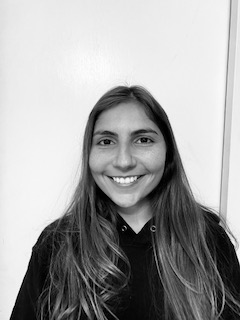 Born and raised in Paris Paloma grew up in a trilingual home with a French father and a Mexican American Mother. She moved to the United States to study philosophy & sociology at Smith College and then went straight to New York to pursue her passion! Teaching! She was a middle school science teacher for the last 3.5 years and always love exploring every age group. She had always dreamed about attending Teachers College at Columbia to learn more about how to be an excellent teacher and started there this past fall. It has been so amazing to apply everything she is studying right into the classroom at LLS! 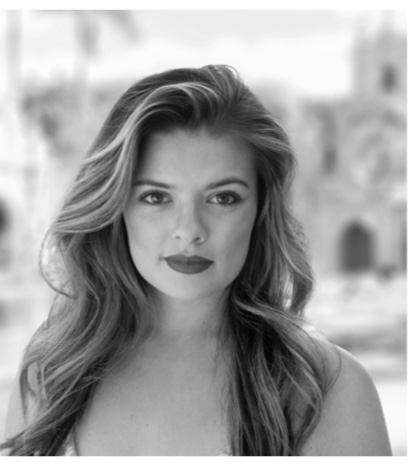 Arielle is thrilled to be joining our team at the language and laughter studio. From Los Angeles CA, she has been trained in Opera and musical theater. Arielle has taught voice and music classes to children of all ages and loves incorporating movement and ear training activities into her teaching.

She’s passionate about cultivating a fun,  engaging classroom setting that leaves room for free artistic and emotional expression. Her hope is to create an experience that musically inspires the young mind. 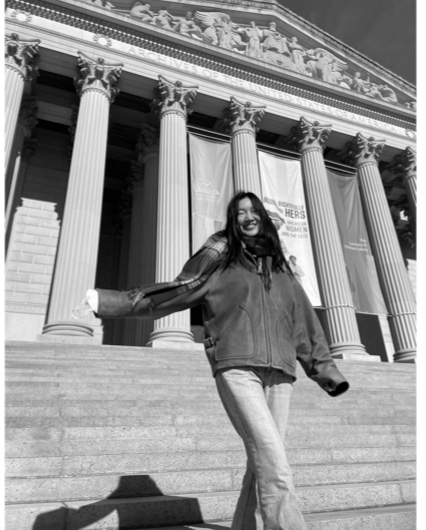 Hi ! My name is Elly and I am starting as a French teacher at LLS this fall! I just moved to Brooklyn from Ohio, where I graduated with a BA in French Literature from Kenyon College. I’ve been passionate about learning French for the last ten years, and teaching it for the last three.

I spent a year studying history and philosophy at the Sorbonne (Paris 1), and have spent summers in Corsica, Brittany, and the Cevennes region. Alongside my studies, I’ve taught French at Kenyon College at the introductory and intermediate levels for three years where I designed lessons to nurture greater fluency and sophistication in spoken and written French. I particularly enjoy integrating film, art, and music in lessons to foster curiosity and interesting conversations in the classroom.

Above all, I’m delighted to continue teaching French with LLS! I’m very much looking forward to being a part of LLS and its growing community of learners. this coming year! 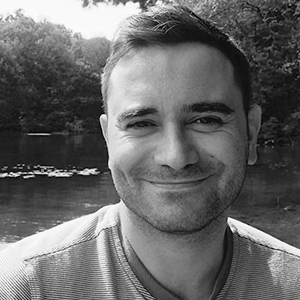 Cédric Chaudré grew up in the North-East of France. He graduated in Education and taught in middle schools in France.

He moved to Paris where he was employed as an Automatic Speech Recognition Software Analyst in a very international team. This experience unveiled his interest in language acquisition and Cédric decided to pursue a Master degree in applied linguistics where he researched how mobile technologies can improve language acquisition.

After teaching a few more years in language institutes in Paris, Cedric moved to New York where he enjoys teaching French in the After-school program of dual language schools. 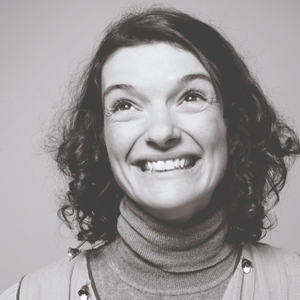 Specialized in Art performances, production and creativity, Aurélie Harp is a versatile artist, producer and acting teacher who just moved back to Brooklyn. She graduated from Sciences-Po Paris with a BA in History and a Master in Marketing, and she is now completing a degree in Teaching French as a foreign language (DAEFLE). She worked a few years in advertising before starting her acting career in Paris and London. She loves the stage and theater includes Winter under the table by R. Topor, Scorched by W. Mouawad, Eclipsed, the story of the Magdalena’s sisters, Mme Antoine, the story of Queen Marie-Antoinette, Carmen… She believes in ongoing training to improve her craft and has been participating for over 10 years in Jack Waltzer’s Masterclass, member of the Actors Studio. She is also a member of NY Lab, a creative collective and incubator for creative projects. She is also a playwright starting her third play and a voice-over talent, she recently played “Jargonaise”, the French bug, in a TV show on the BBC children program). Aurélie is a mother of two and loves interacting with children.